After the FCC ROC/RJCC in September, LSF athletes attended several competitions throughout the Fall.

At Remenyik ROC, CJ finished 7th in Division 1A, losing to Tokyo Olympian Ziad El-Sissy in Quarterfinal. In the Junior event, he finished 6th in a very strong field. Oscar Brown and Ari competed in the Cadet and Evan joined CJ in the Junior and D1A. This event is the strongest in our region and happens in October, when so many of our fencers are just getting back into the sport after a summer break. With that in mind, this event is useful as a benchmark as well as qualification for Division 1A during Summer Nationals. It’s a big draw, not only for the strength of the event, but also, as you can see in the photos, the “medals” are quite top-notch. 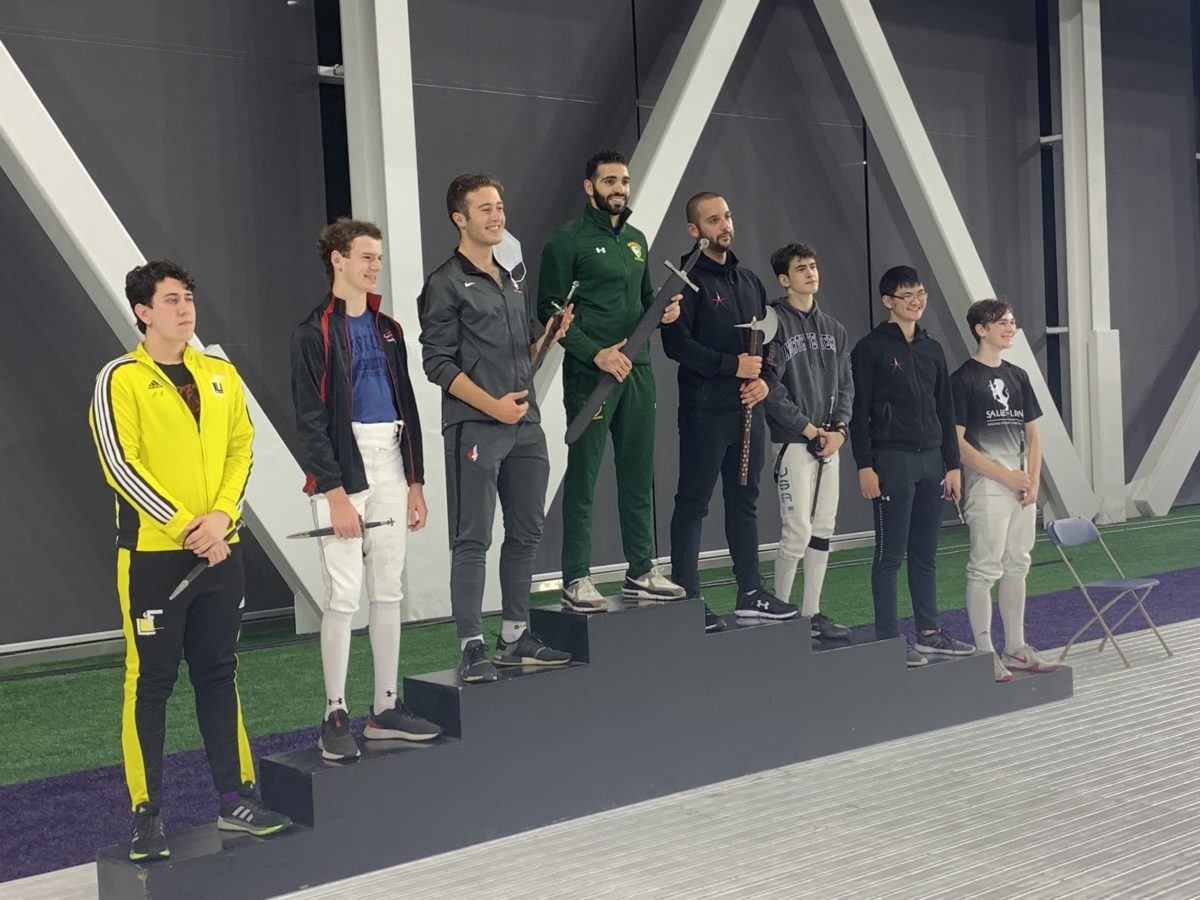 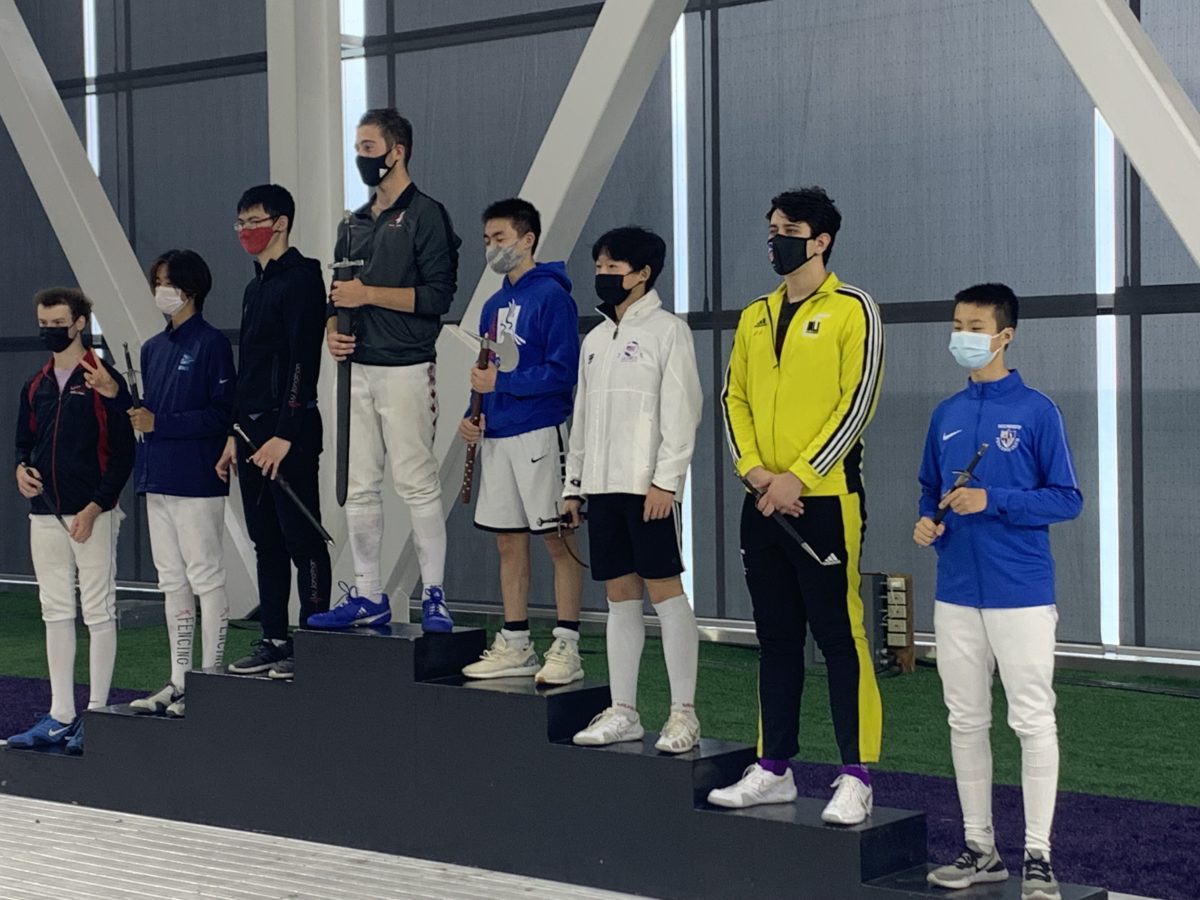 Building on that success, a few competitive fencers of ours went to Peoria for the Little Pharaoh RYC. Ari handily won the Y14 event, while he was joined by first time competitors – Myles and Hunter – in the competition. They rounded out the Top 4 of the competition. In the Women’s Saber, Ellery and Olive made their debut, competing in both the Youth-12 and Youth-14 and managing to trade off Silver & Bronze in those events. 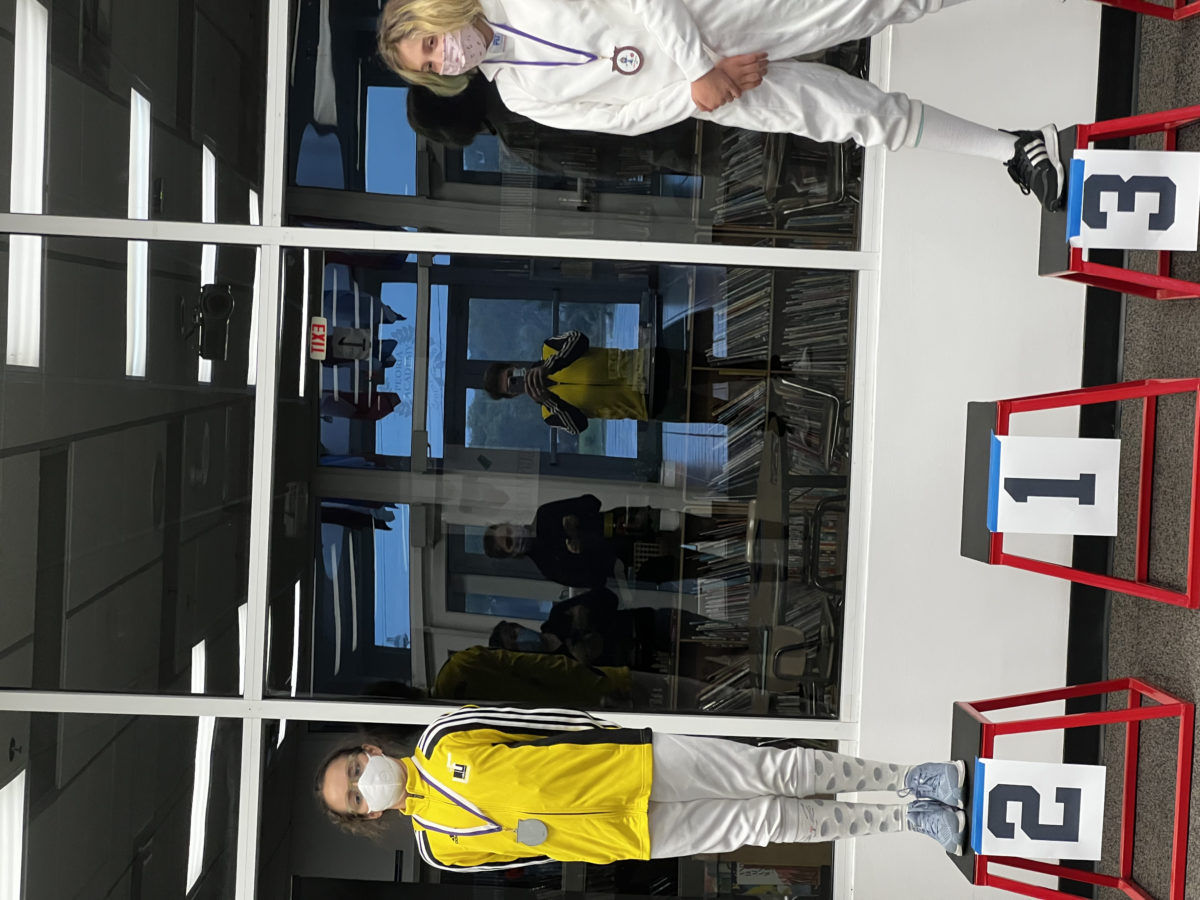 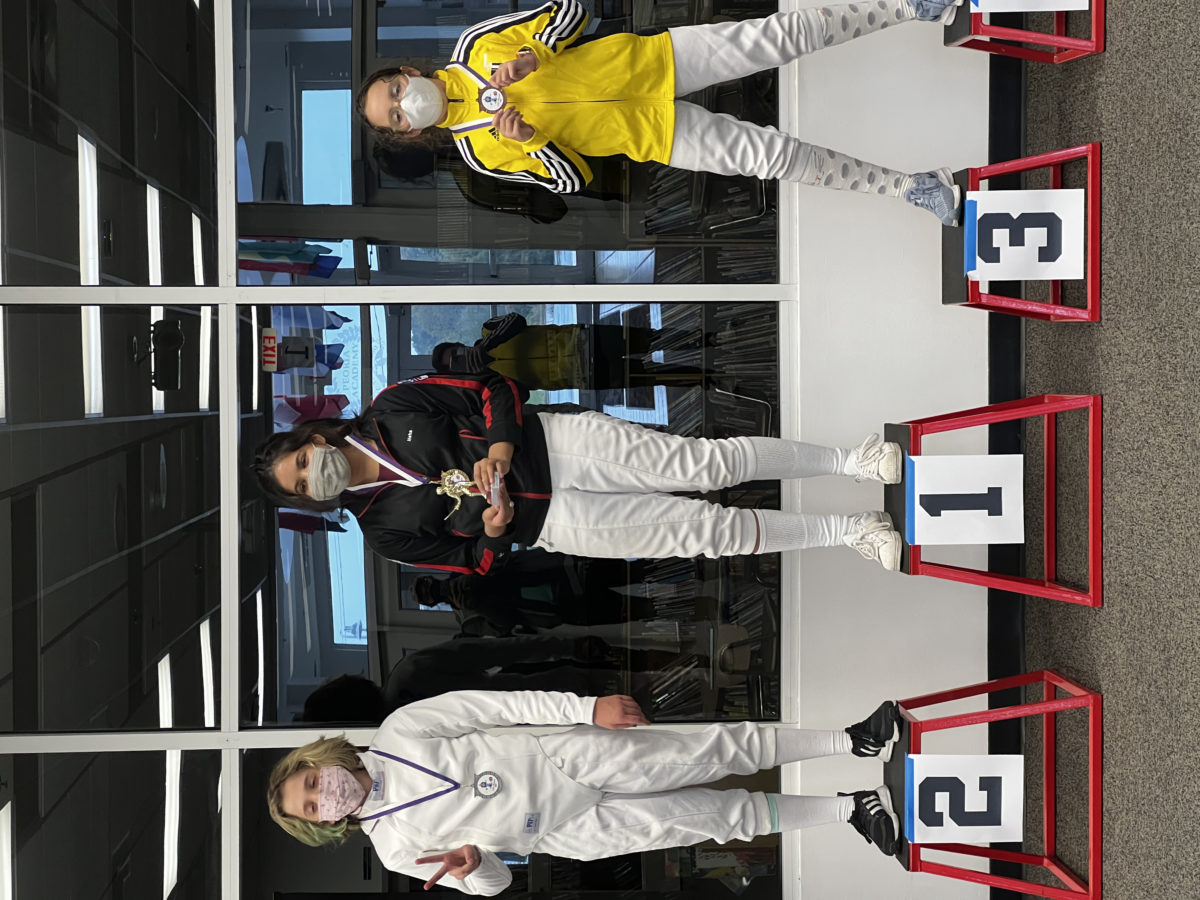 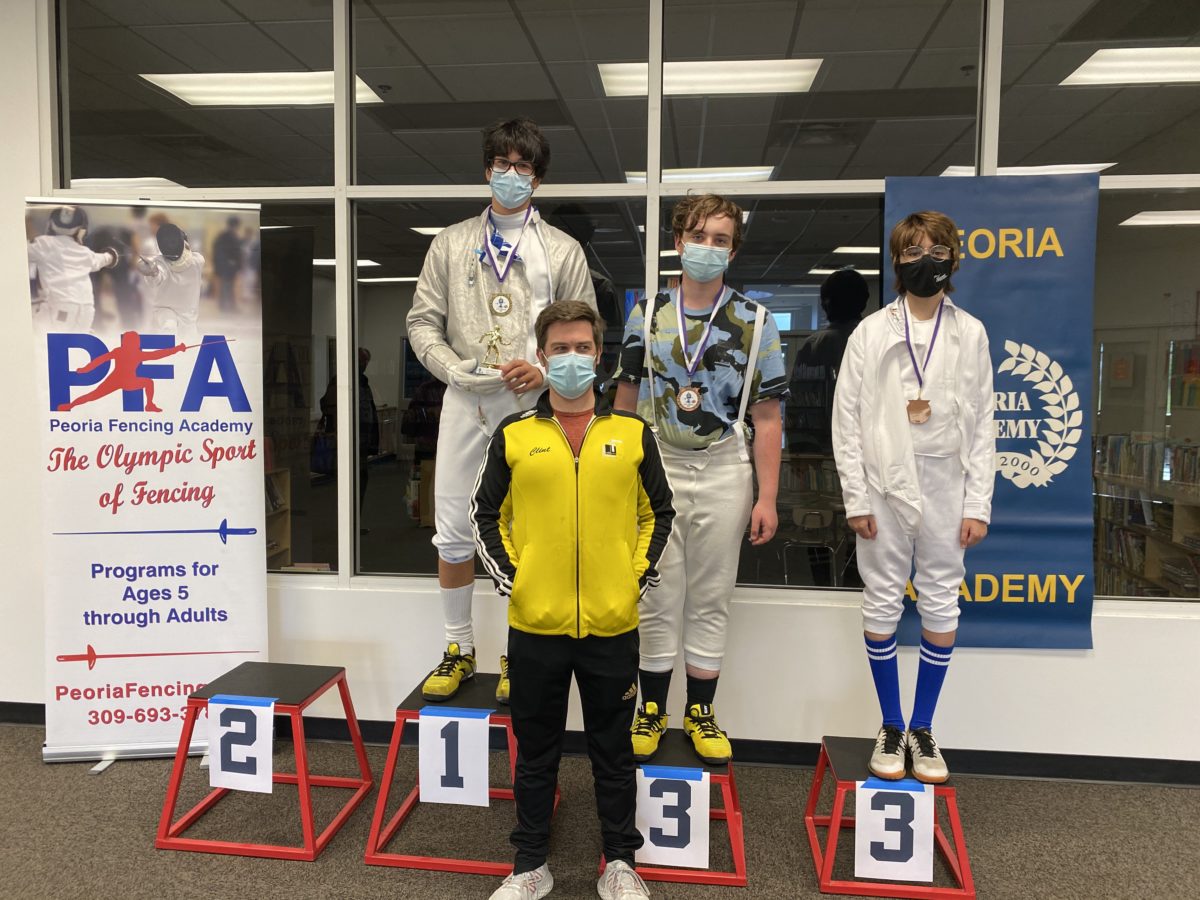 Our first NAC of the season was the October NAC in St Louis. CJ and Genevieve traveled down and competed in their respective events. Both had eye-opening experiences that lead to increased training post-competition. These experiences, while difficult to swallow at the time, are crucial for us to judge where we are on the course of our development and how that measures up to both the other competitors and where we’d like to be at the current stage of our training.

The next competition was the Windy City RJCC/RYC in mid-November. This is one of the few 3 day competitions, with events being on Friday afternoon. This causes consternation by the newer parents and athletes because it sometimes means missing school. Fortunately though, Ellery, Ari and Hunter ventured out for their respective Youth-14 events. The next two days brought points, medals and lots of smiles and experience in Junior, Cadet and Youth events with Ellery securing a Silver medal in the Youth-12 and Ari grabbing a Silver medal in the Cadet Men’s Saber. Ari rounded out the weekend with a Bronze in Junior to complete the set.

We rounded out the year with the Junior Olympic qualifiers. While the primary way to qualify for JOs is through the regional circuit or earning National Points, the division holds a qualifying tournament as a sort of “last chance”. This competition is also a good way for some of our newer competitors to gain experience against their peers. In the Men’s Saber, William joined the group as Lincoln Square had 4 of the 8 entries in the Junior event. Theo secured qualification finishing in the Top 3. In the Cadet, Emmit fell one (very hotly disputed) touch short of qualification. On the Women’s Side, a couple of Coach Clint’s fencers from ETHS joined the event, with two of them qualifying in the Junior event and in the Cadet, Sophie fenced her second event ever and secured qualification. We have a love-hate relationship with this event, it gives the athletes a chance to qualify if they haven’t been able to attend enough regionals, however quite often due to timing or availability, the refereeing is sub-par and not indicative of the event the athletes are qualifying for. 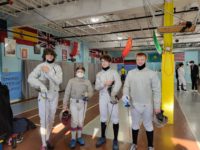 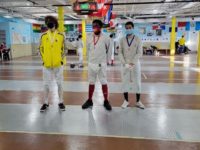 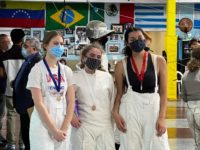 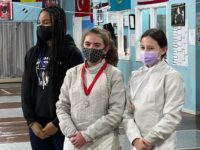 Our first event of the New Year was the January NAC, CJ And Coach Clint traveled to San Jose. This was our first January NAC, and despite a Winter Break camp, CJ admitted that due to the Holidays and the club closed for our normal practices during the week of Christmas and New Year’s, he didn’t feel as prepared for the event as he did for the December NAC. This is good feedback, and a lesson learned for future trips to competitions around Holiday breaks, be it winter, spring or summer.

The final competition in this recap was the FCC RJCC/RYC in mid-January. On Saturday, a number of our athletes competed in the Cadet Men’s Saber and Youth-12 Women’s Saber. In the Cadet, Theo was 6th, Ari 7th with Emmit, Oscar and Hunter rounding out the event. On the girls’ side, Ellery finished with the Silver medal and Olive took 5th. Newcomer to competition, Oliver Greene (we have 3 Olivers and an Olive at the club currently), competed in the Youth-12 Men’s Saber and came away with a newfound appreciation for lessons and actions taught during practices. On Sunday, the Juniors and Youth-14 fencers had their turn. The women fenced in the morning with Sophie and Addison going against a very strong field. On the Men’s side, CJ led the field finishing 3rd after a tough bout against the eventual winner, Jonathan Liu. Ari finished 5th and earned the elusive E22, and was only a couple of touches away from a D. Evan renewed his E as this competition was a C1! Unfortunately, too many of our saber competitions in the area are E1s and include Ds and Cs so the winner gets nothing, and neither does anyone else. Understandably the kids were very excited by the prospect of earning Es and Ds at this Junior event. In the Youth-14, Ellery finished with a Bronze and Olive and Sophie rounding out the event.

After the Fall and early Winter competitions, Ellery stands at #1 on the Youth-12 region 2 points list! Both her and Olive have secured their qualification for Nationals and we look forward to seeing them up both their competitions and training using the lessons from these recent competitions as guides. The men’s events have tighter points qualification, but Ari is currently 6th on both the Junior and Cadet regional points and CJ is #2 on the Junior Regional list! 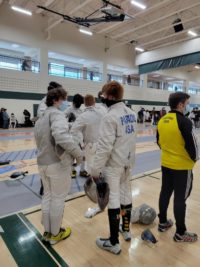 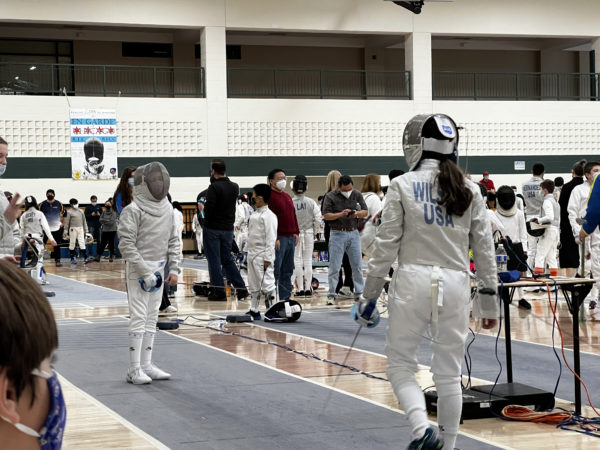 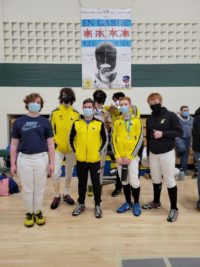 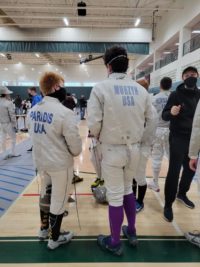 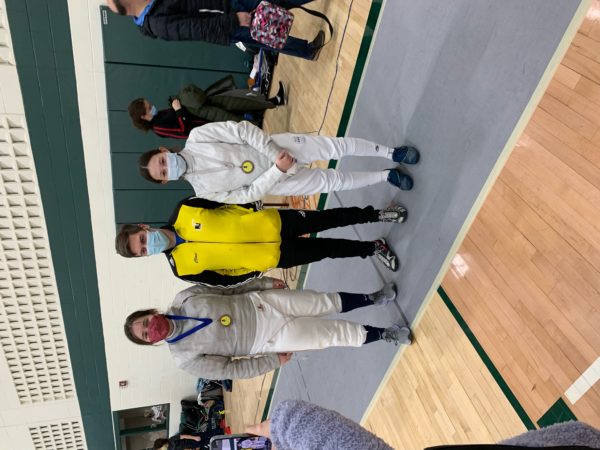 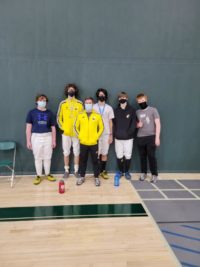