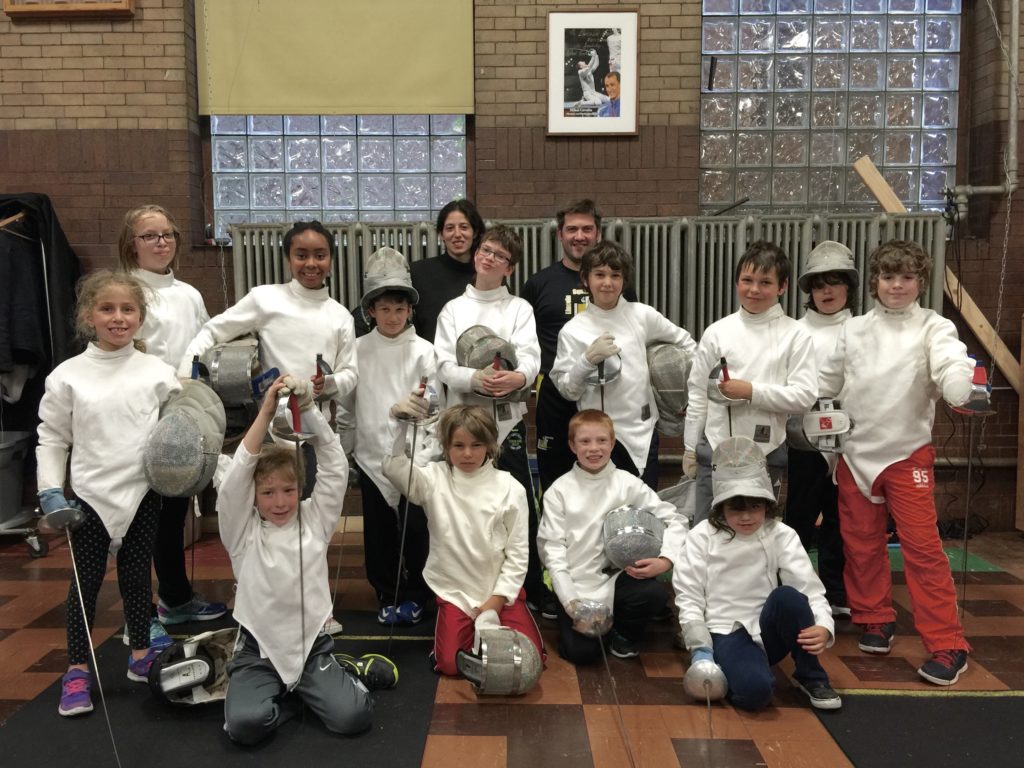 Each Summer, Lincoln Square Fencing hosts weekly camps for any and all interested youth (ages 7-18). Each camp is a stand-alone session, with many campers having so much fun they come back for later sessions in the same summer. The exact composition of each week changes based on who attends, some weeks are beginner level, some weeks are advanced level, but many of the weeks are a mix of the two. In such instances, the campers are either broken up by skill level and given activities that challenge them for the technique to be practiced; or given a “kicsit” (“little one” in Hungarian). In these cases, the older, more skilled fencer “teaches” the younger, newer one the skills lead by the coach to allow for the new athletes to progress under the eyes of both the camp coaches and the experienced fencers.

A typical camp day is composed of morning discussions on goal formation, nutrition, sport-specific physical training, answering questions the campers had from the previous day or talking about some big fencing news such as World Championships or the Olympics. Then, athletes will play games and have activities centered around learning fencing-specific movements. Bladework exercises, or fencing specific techniques using the saber are covered next, and after some practice, it is lunchtime. After lunch, the coaches will lead some more warmup games. Then, with the morning’s practice in mind, the afternoon’s practice builds on those skills in a more “bouting” centered context.

The best part of summer camp though, is the summer part! Each week has an “active” rest afternoon, that is, a day when the campers stop fencing and instead do something that is related, but allows them to give their brains and bodies a break. In the past this afternoon was a trip to the lakefront or a visit to the Art Institute’s Arms & Armor collection, or even staying in and playing board games and watching movies (or World Championships). 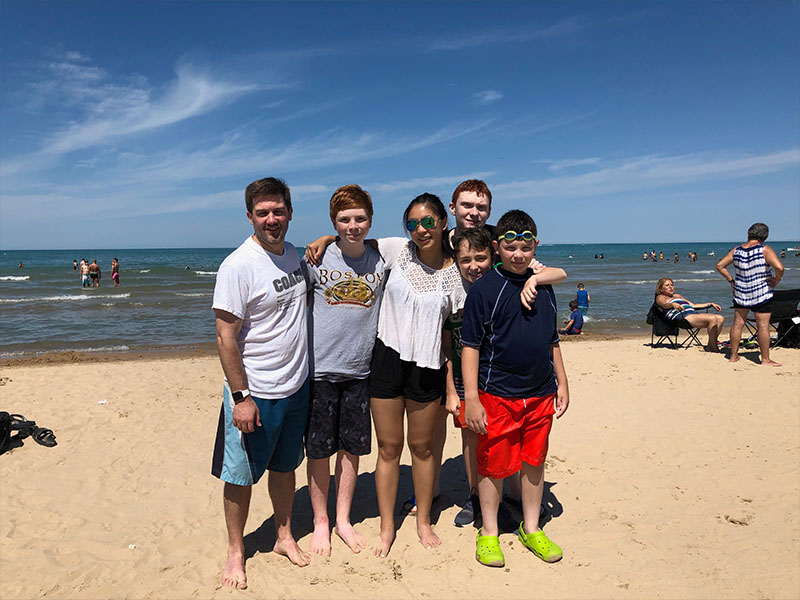 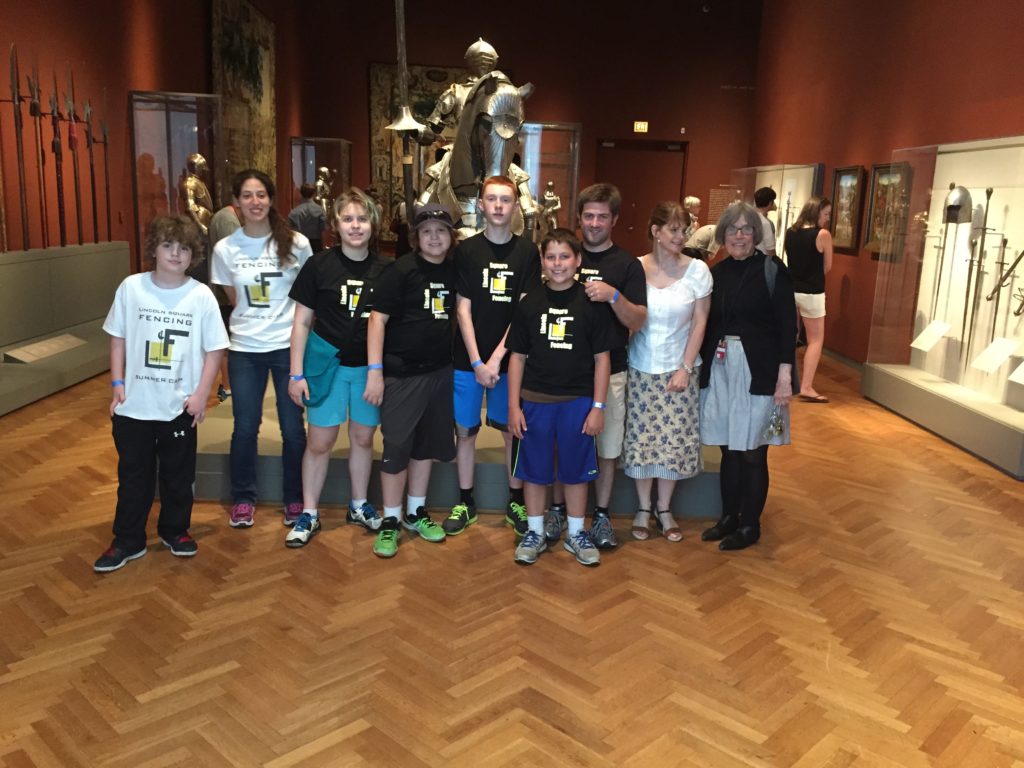 The camp ends the week with either a free bouting afternoon or some sort of cooperative competition. While Fencing is an individual sport. there are inherent team-building opportunities and one of those is to have the kids form teams of 3 and compete against each other in a round-robin style match where the bouts accumulate the score until one team reaches 45. The kids are responsible for creating their own teams (with the guidance of the coaches) and are then seeded against other teams based on how they did throughout the week. Families are encouraged to come and watch the last hour or so of the camp and ask questions of the coaches so that everyone can leave the camp on a high note! 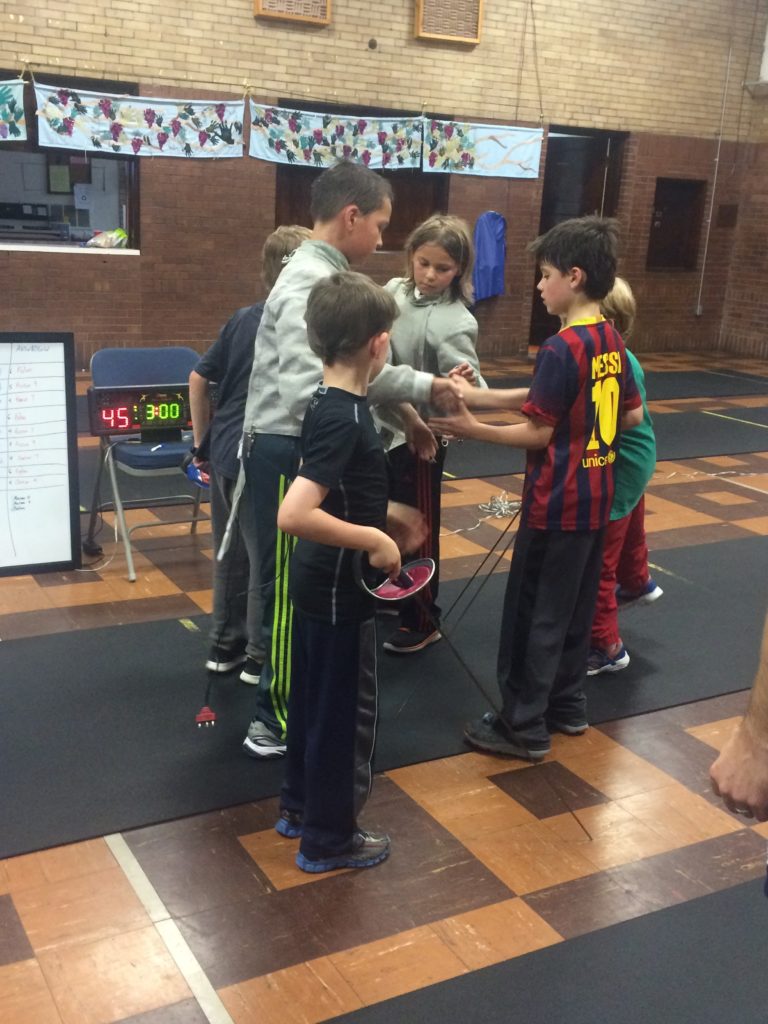 Also, on Friday afternoon, lunch is provided by the coaches with help from the campers as we have a pot-luck style cookout and picnic. We ask the campers to bring something small to share (drinks, chips, cookies) and the coaches provide either the pizza or burgers (or in some cases, the parents have provided a thank you to the coaches). 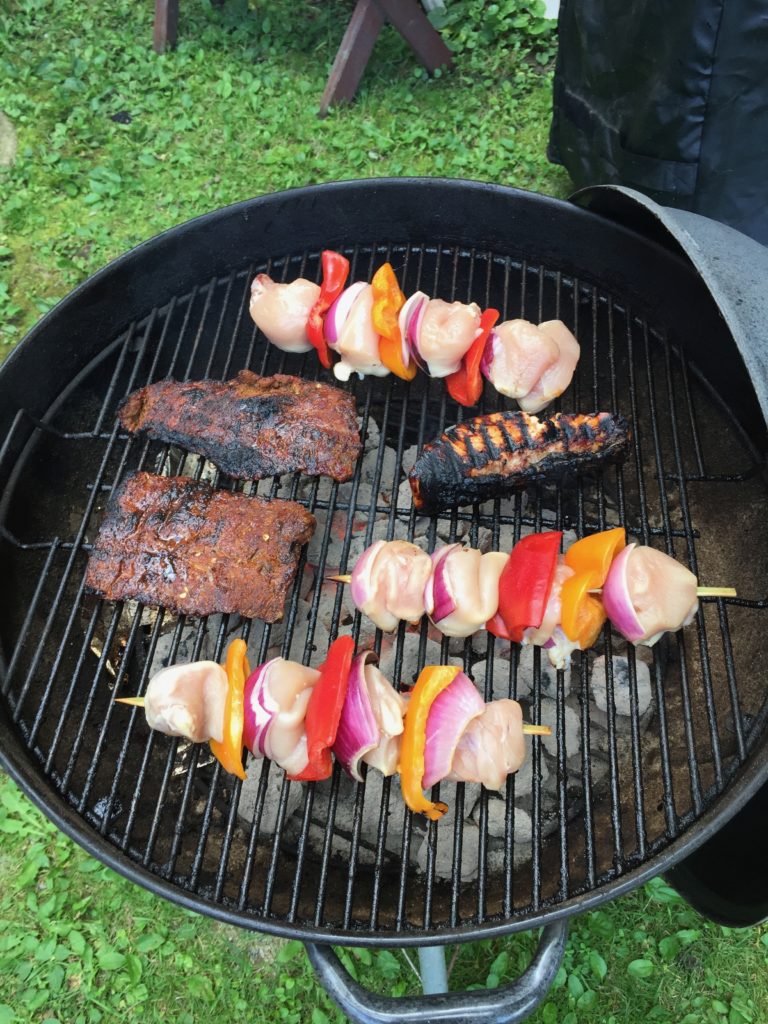 As a way to get intensive training to enhance your practice, learn a new sport, or break up the summer doldrums, Fencing Camp at Lincoln Square Fencing has something for everyone. Register for an upcoming camp today!