Another year, another Summer Nationals come and gone. This year, Nationals was held in Columbus, Ohio from June 28-July 7. This was the 3rd time Nationals was hosted by the city of Columbus that Lincoln Square Fencing has attended. The first two were in 2013 & 2014. Both of those years, we had 1 or 2 fencers attending and competing.

This year, we sent 12 athletes for 14 events and that doesn’t include the two or three who qualified but could not attend, nor the couple of athletes who qualified for multiple events, but only fenced one or two instead of the 4 or 5 they qualified for. This was our largest showing yet, and I’m very proud of all of them!

A few of the highlights of the competition were JT having his best yet in Junior Men’s Saber, despite being the first fencer under the elimination line. His determination to keep fencing against tough opponents set the standard for the rest of the week. 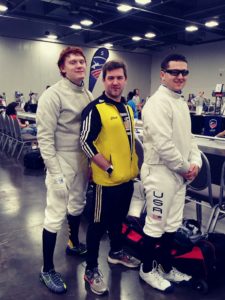 CJ fencing in Division 2 Men’s Saber knocked off the number 22 seed from pools 15-14 and the way he tells it, he knew EXACTLY what his opponent was going to do and EXACTLY what to do about it. The gutsy way he carried himself in the bout against an older, stronger, and more experienced opponent shows great things for the future. 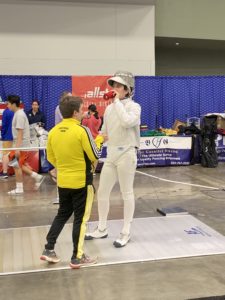 Theresa made her return to Nationals, despite having a young child and living in Downer’s Grove and not being able to train often. She loves the game and that desire to compete manifests itself in her attendance at the Division Qualifiers, nearby tournaments she can attend, and Nationals. This is her second Nationals after very publicly announcing that she wouldn’t be attending any for quite some time. She is always a joy to coach and her fencing is always fun to watch. 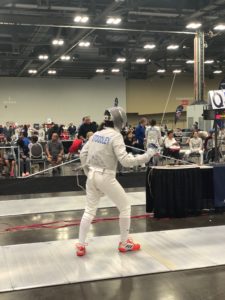 And we finished the tournament with the Y-12 Men’s Saber group. These guys are a team, through and through. They laugh together, they cheer each other on, and they console each other after a particularly difficult bout. While they’re not quite ready to win medals at the National level, I do look forward to coaching them for many years to come. And, while you can’t see it, Domi Norborg was the 3rd place finisher in Y-12 Men’s Saber in Region 2. I look forward to seeing his patch on his pants for next season! 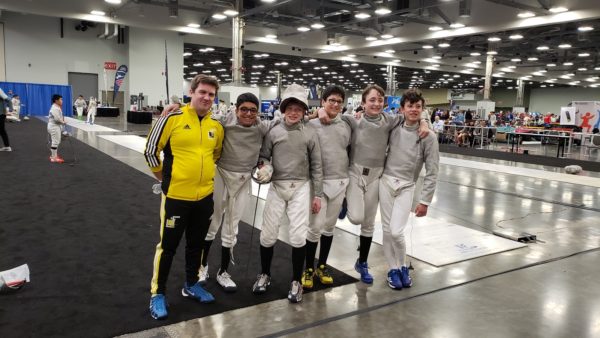 The biggest success this Nationals was seeing the club grow and talking with the athletes and parents about how we can make the next one even better! Better in terms of results and attendees. How can we get more of our competitive athletes out to the competitions and qualify for Nationals, how can we get better results at once we get there.

These are ongoing conversations, and what helps us grow as a club and grow as a team.